For 2019, jewellery and accessories company Bunney has worked with artist Simon Fujiwara on recreating historic jewellery from the French Revolution Period.

An exhibition that takes Marie Antoinette as a starting point to explore the blending of economy, ingenuity, violence and fantasy in society. The exhibition focuses on specific elements of Marie Antoinette, focused mainly around her death and afterlife, how her image and story have been used to create objects and industries. This is a diverse approach to the usual focus on the ʻlavish lifeʼ she lived. The works explore how humans invent ways to convert and exploit narratives even as gruesome as the execution of Marie Antoinetteʼs and turn them into industries. It also explores technology and new media in relation to Marie Antoinetteʼs life and death signalled a revolution and coincided with a period of early enlightenment and the emergence of new technologies such as emerging mass print press, the invention of the guillotine as a ʻdemocratic form of execution ‒ done by a machine, a nobodyʼ. Due to the increasing power of the masses and the lowering costs of printing press, Marie Antoinette became a mass celebrity, an early example of a ʻfemme fataleʼ that continues to be a powerful economy today.

18ct Yellow Gold depicting Phrygian cap, Guillotine with articulated blade, and crowned, decapitated heads of the King and Queen beneath.

This special edition will show at Taro Nasu Gallery as part of ‘The Antoinette Effect’ exhibition. Made from 18ct Yellow Gold with and set Precious Stones, the earrings are the
result of close work with the artist. Each set of Earrings are handcrafted in the workshops, with details added by a hand engraver, stone set, then finished to a high polish before being hallmarked at the Assay Office.

Simon Fujiwara
Born in the UK in 1982. Now based in Berlin. Won the Cartier Prize at the Frieze Art Fair in 2010. His selected exhibitions include “Storylines: Contemporary Art at the Guggenheim”(Solomon R. Guggenheim Museum, NY) and “History is Now: 7 artists take on Britain” (Hayward Gallery, London) in 2015, “Un Nouveau Festival” (Pompidou Center, Paris) in 2014, “Grand Tour” (Herzog Anton Ulrich Museum, Germany) and “The Problem of the Rock” (Dazaifu Tenmangu, Fukuoka) in 2013, and “Simon Fujiwara: Since 1982” (Tate St Ives, UK) in 2012. Fujiwara has also participated in numerous international exhibitions, such as the 2nd Sharja Biennale in 2013, the 9th Shanghai Biennale in 2012, and the 53rd Vienna Biennale in 2009. 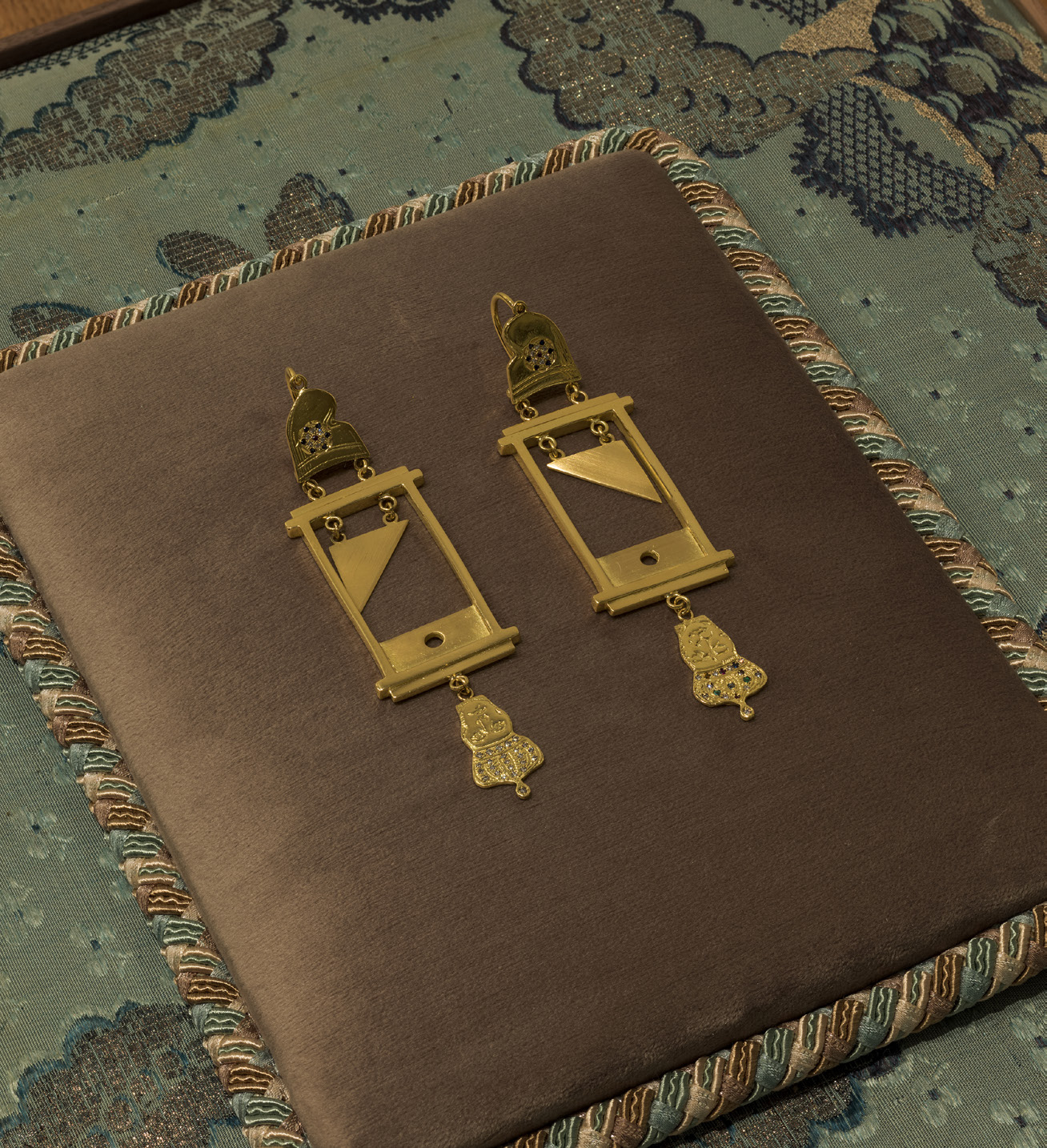 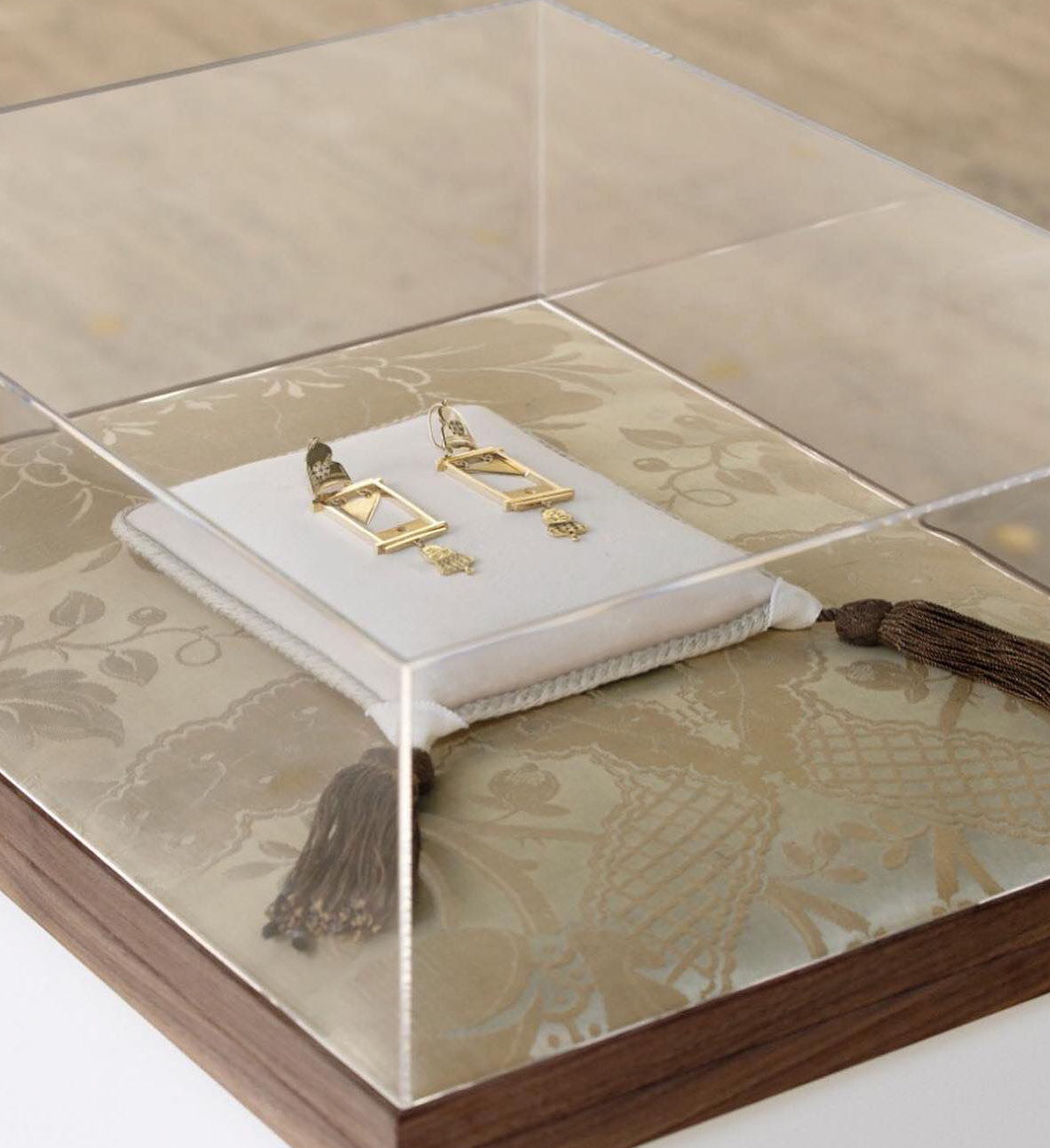 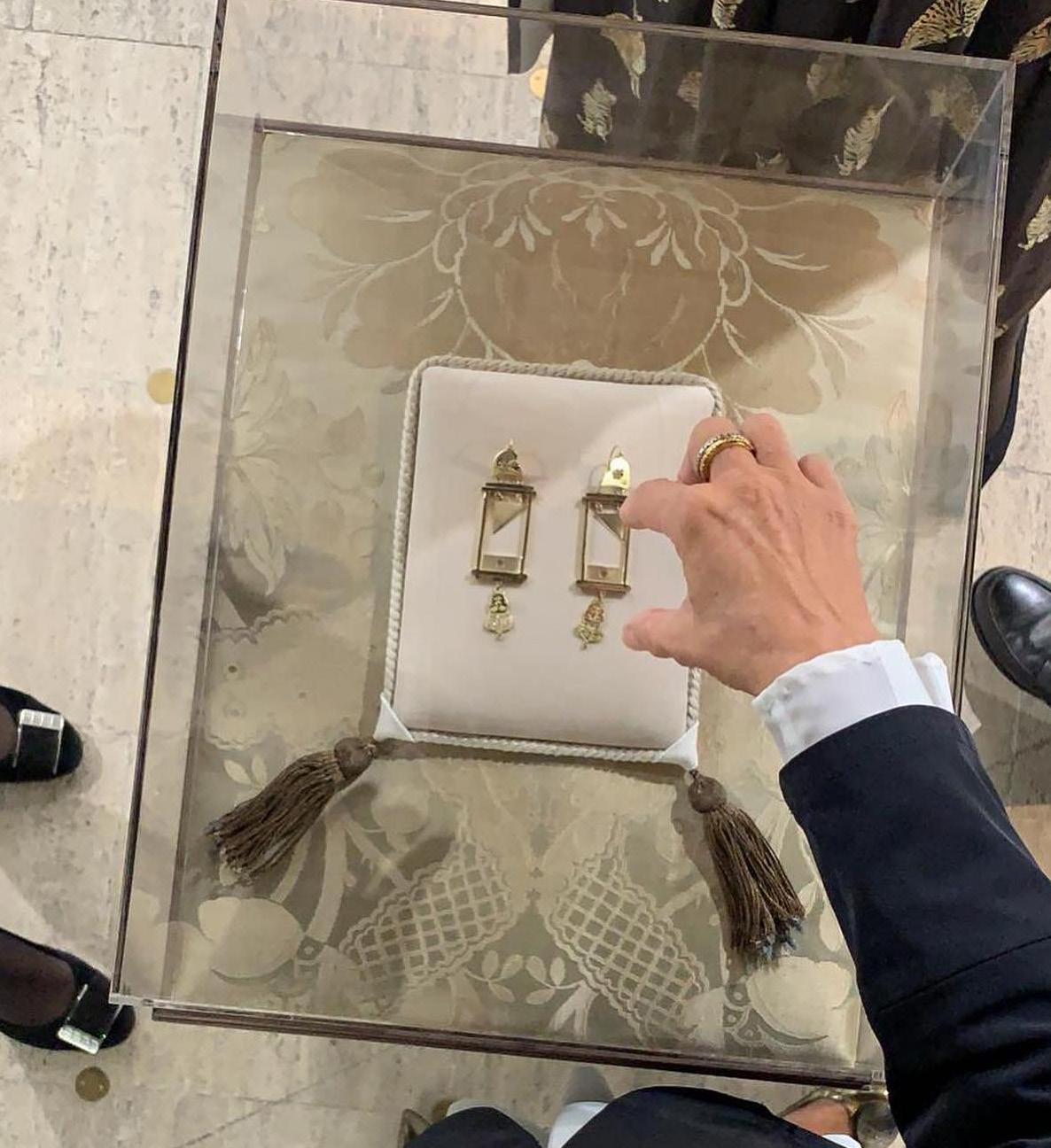