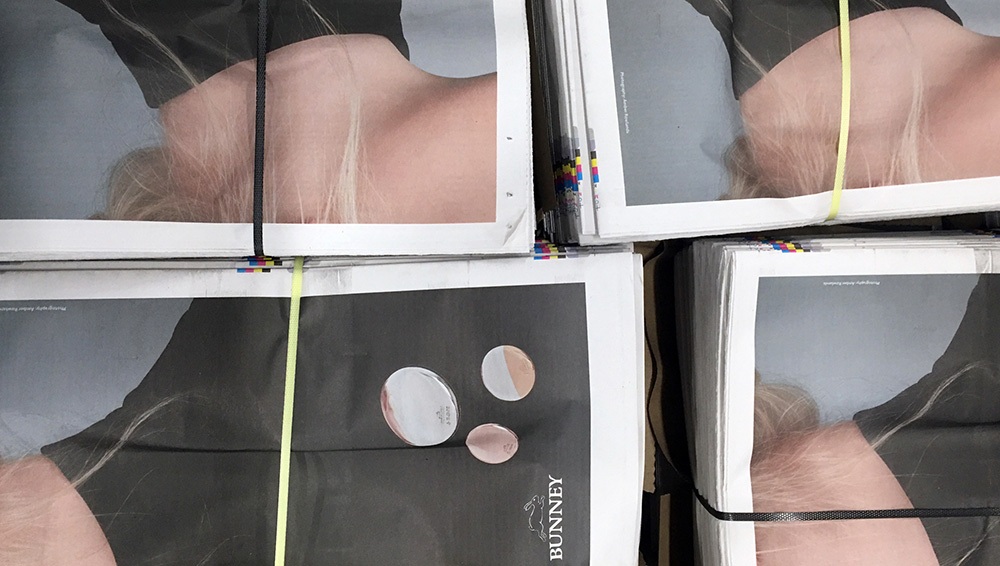 Selected Works is the periodic newspaper from BUNNEY. The series seeks to feature photographers, artists or other creators and reappraise unrecognised or overlooked works.

The first issue of Selected Works began with the work of Derek Ridgers. From the mid seventies through to the late eighties, Ridgers captured some of the most significant movements in British youth culture history, not through images of the major players and influencers but through portraits of individuals who made up those scenes. 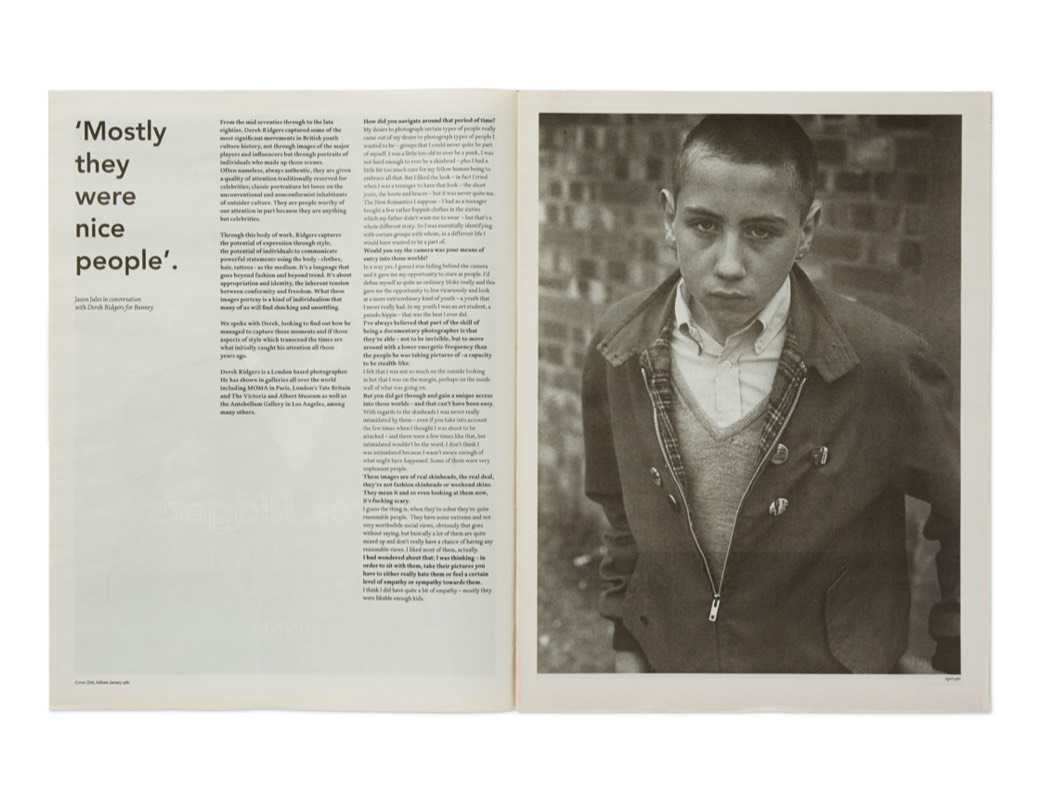 Often nameless, always authentic, they are given a quality of attention traditionally reserved for celebrities; classic portraiture let loose on the unconventional and nonconformist inhabitants of outsider culture. They are people worthy of our attention in part because they are anything but celebrities. 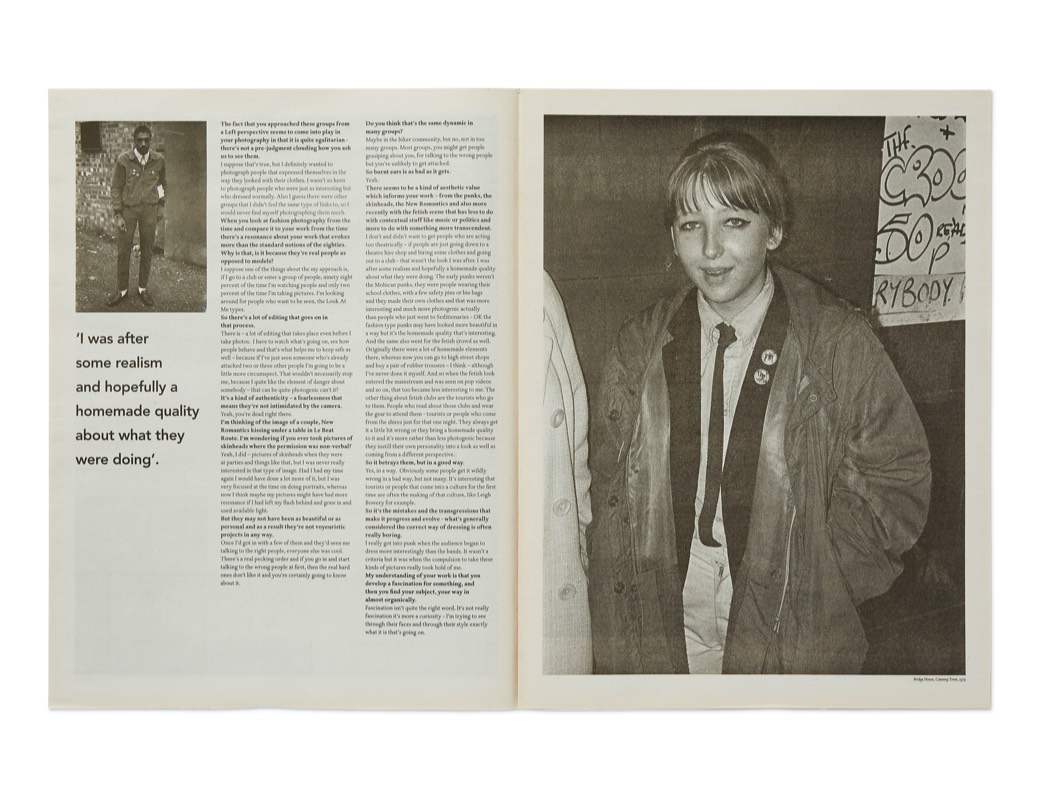 Through this body of work, Ridgers captures the potential of expression through style, the potential of individuals to communicate powerful statements using the body a clothes, hair, tattoos — as the medium. It’s a language that goes beyond fashion and beyond trend.

It’s about appropriation and identity the inherent tension between conformity and freedom. What these images portray is a kind of individualism that many of us will find shocking and unsettling. We spoke with Ridgers, looking to find out how he managed to capture those moments and if those aspects of style which transcend the times are what initially caught his attention all those years ago.

Derek Ridgers is a London based photographer. He has shown in galleries all over the world including MOMA in Paris, London’s Tate Britain and The Victoria and Albert Museum as well as the Antebellum Gallery in Los Angeles, among many others. 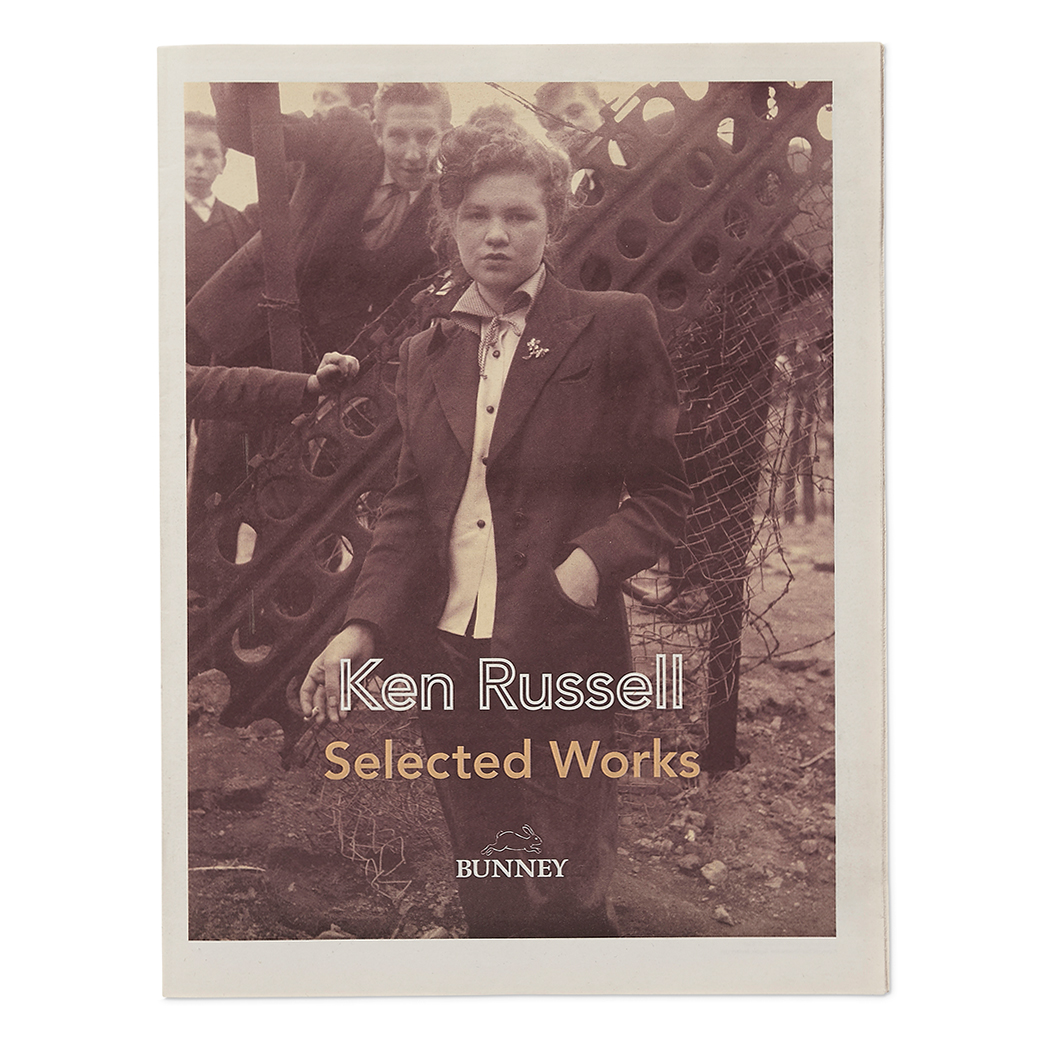 Featuring the work from the archive of filmmaker Ken Russell. Prior to his career in film, Russell worked as a photographer for a news agency and with his partner created an iconic series of imagery capturing a side to London Youth rarely seen. Interviews with some of the protagonists were included, reflecting on their younger days. 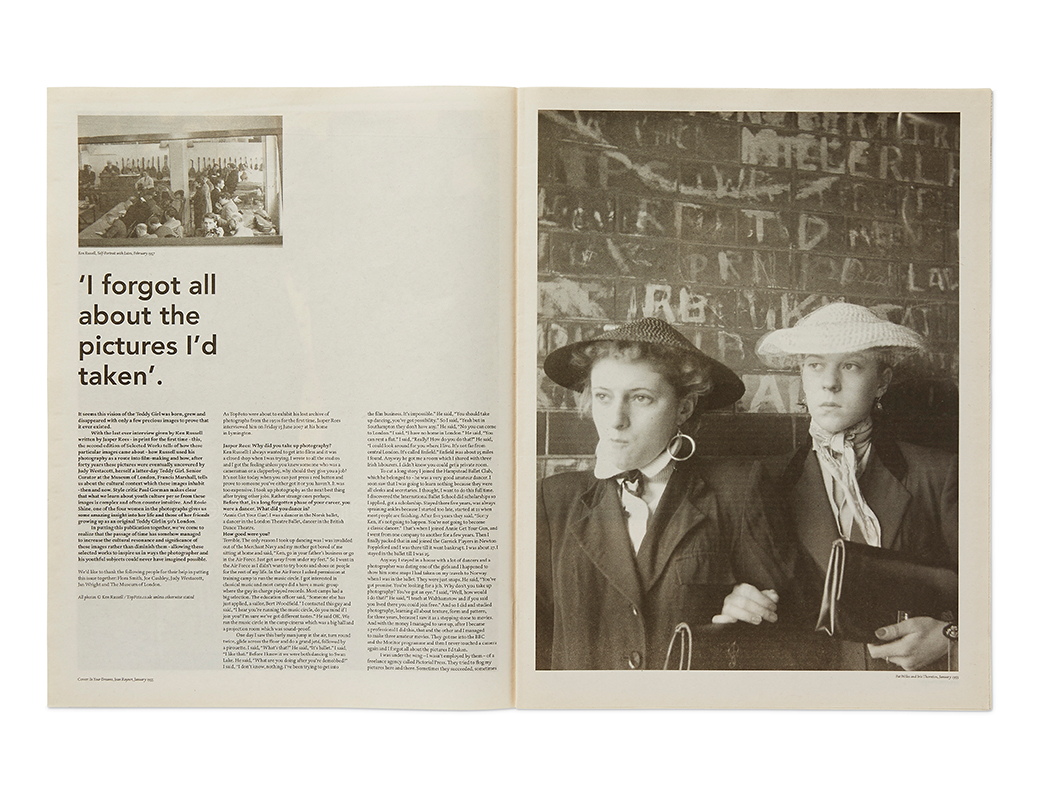 In the last ever interview given by Ken Russell, this edition of Selected Works tells of how these particular Teddy Girl images came about – how Russell used his photography as a route into film-making and how, after forty years these pictures were eventually uncovered by Judy Westacott, herself a latter-day Teddy Girl. 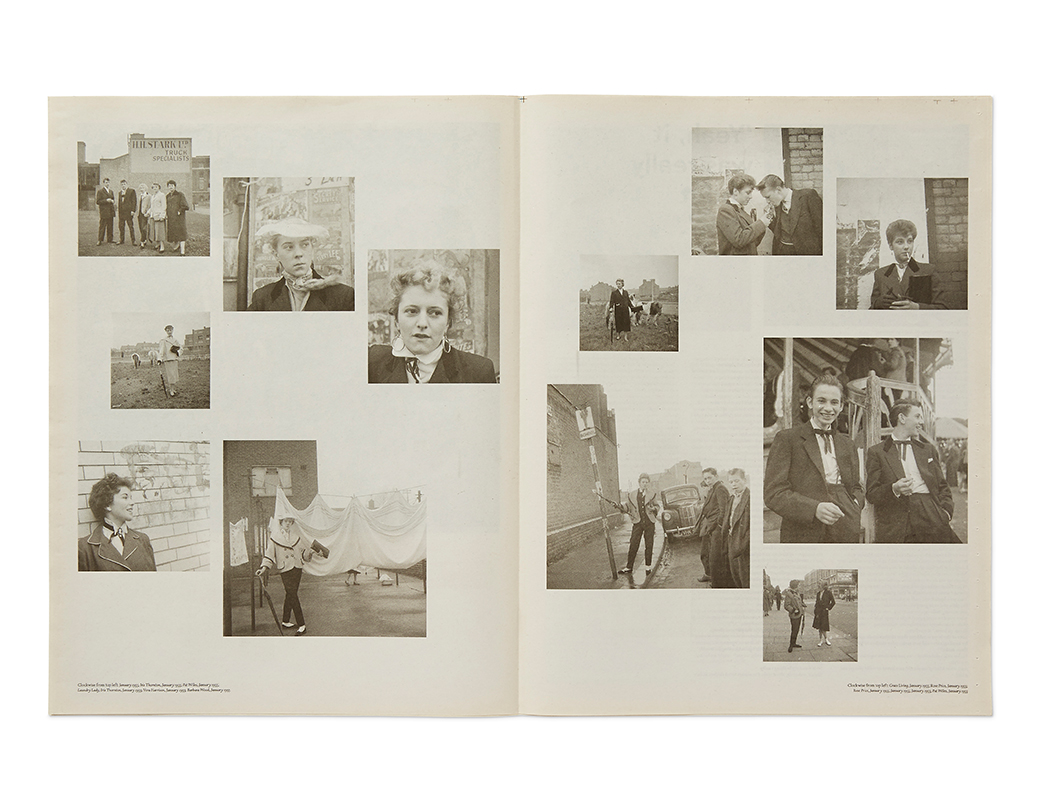 In putting this publication together, we came to realise that the passage of time has somehow managed to increase the cultural resonance and significance of these images rather than diminish them – allowing these selected works to inspire us in ways the photographer and his youthful subjects could never have imagined possible. 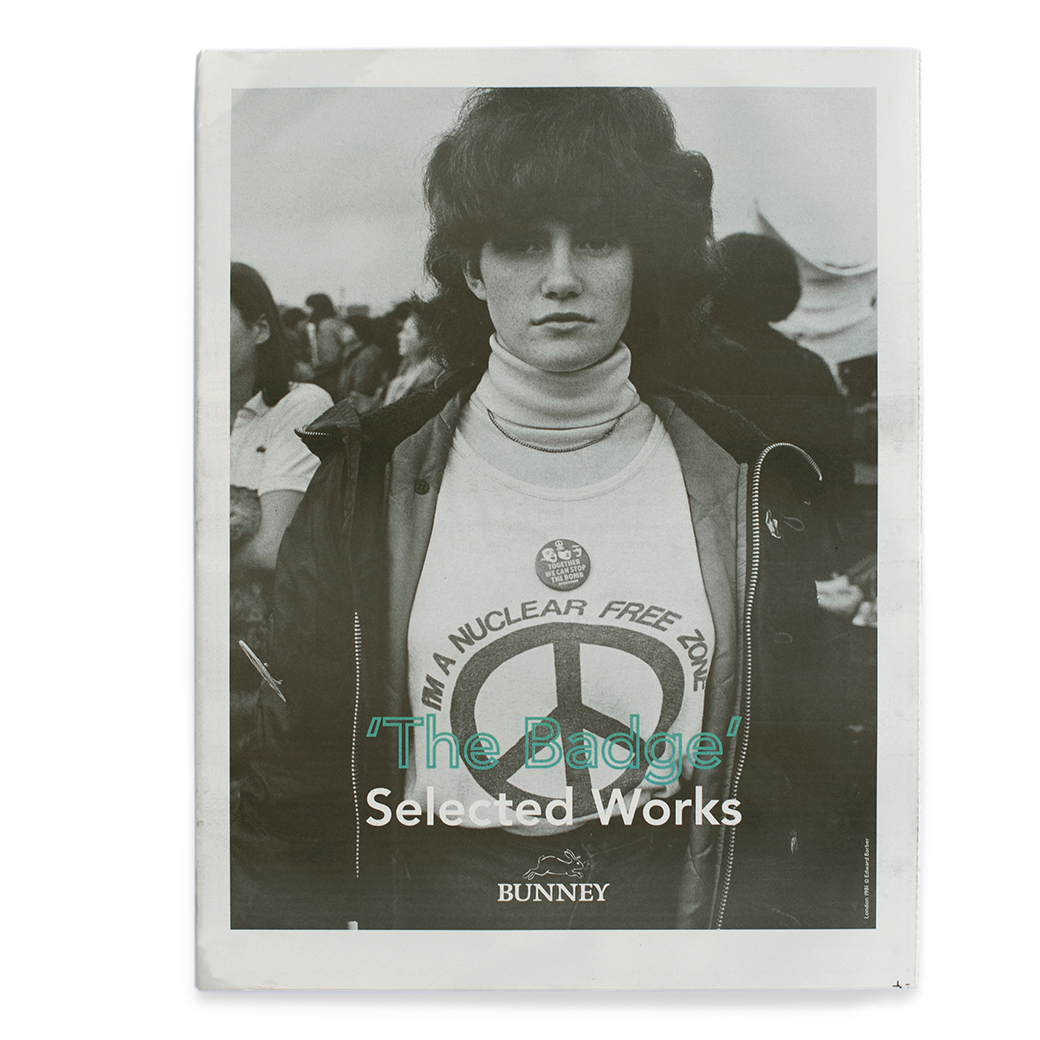 As one of the most iconic products from BUNNEY, we thought it right to explore into the historic and cultural context of the badge. 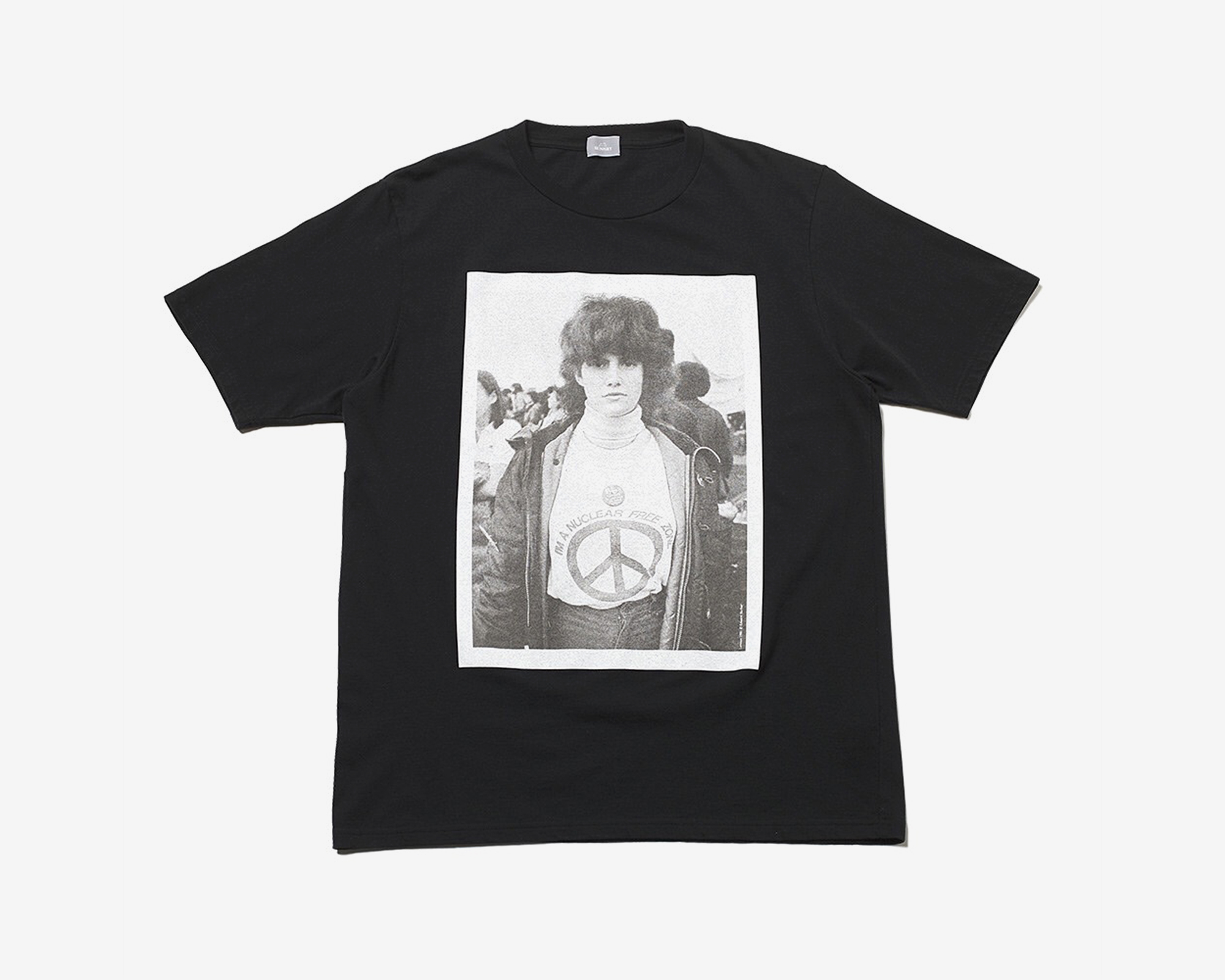 Beginning with Pilgrim badges as amongst the earliest mass produced badges we have on record, through the industrial revolution, it wasn’t until the late 19th century when a new production process was found – initially developed for buttons with a cloth covering – that badges would become recognisable to us today. Using paper, covered with celluloid, it was quickly realized that using this method it would be easy to convey a message, and with these messages, whether advertising or political, protest or humor, they would form the modern badge. 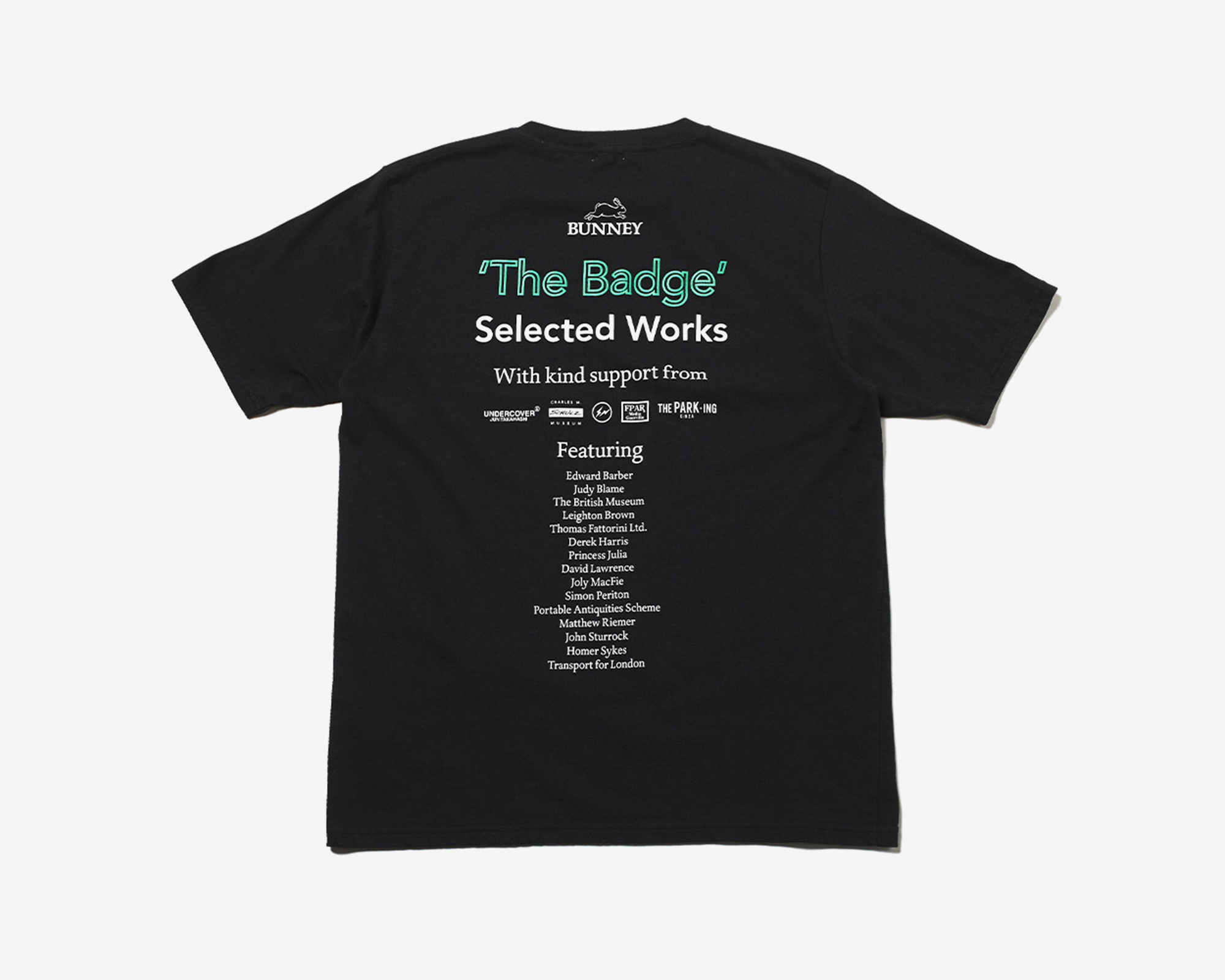 In this, the third edition of the Selected Works, we explore these objects with the help of curators at the British Museum, the National Museums of Scotland, historians at Transport For London, iconic photographers Edward Barber, John Sturrock and Homer Sykes, members of the team at Better Badges, chroniclers from LGBT History, fashion icons Judy Blame and Hiroshi Fujiwara, and Snoopy, courtesy of the Charles M. Shulz Museum and Research Centre amongst others.